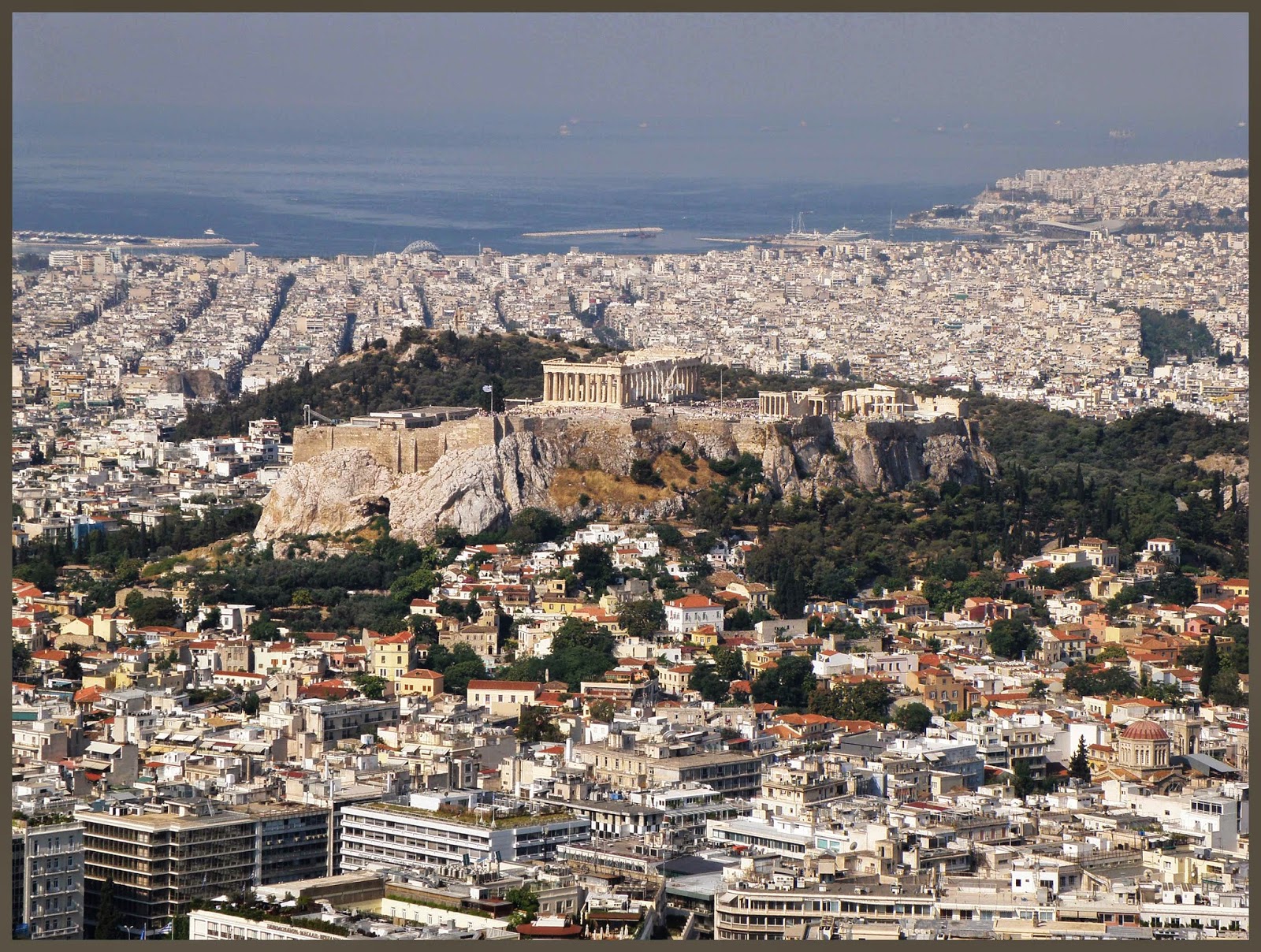 ATHENS
Cradle of the European Civilization

At the edge of  the Attica Peninsula, lies a large metropolis which bares a nickname – the Cradle of the European Civilization. Two to three days of your stay in Athens would usually be enough to visit the most important places of interest, which makes this capital city ideal for a „city-break“, an escape during an extended weekend. Here is the list of places you shouldn’t miss, while in Athens…

In the centre of Athens, on a top of the historical Acropolis Hill, lies Parthenon – the temple of goddess Athena the Virgin (Athena Parthenos), the oldest example of the golden section in architecture and the most outstanding of all ancient Greek temples. Built in the 5th c. BC, with the outer colonnade which numbers 17 x 8, it has been rebuilt for years now in order to put parts of columns in a proper place. Together with other temples on Acropolis Hill, it is a part of UNESCO World Heritage Sites.

Except for Parthenon, half centuries younger Erechteion is well renowned for its columns in the shape of female figures – Caryatids. The story says that while conquering Asia Minor, ancient Greeks where stunned by a beauty of local women from Caryae whom they used to bring to Athens and marry, and later magnified their beauty in this way.

In the south-east, next to the Acropolis, there is a green Filopappos Hill. It is named after a monument of an ancient Asian prince who lived in Athens and liked it so much. Filopappos Hill is a place of the first assembly ever – Ecclesia, and the place where Socrates was imprisoned and died having drunk a poison. From a certain part of the hill, you can experience a beautiful view on Acropolis.

Beneath Acropolis, at the place where once the ancient city centre – Agora, stood, the only building still in its place is the Temple of Hephaestus (the god of blacksmith and merchants). Although the market, court, prison, and other ancient public buildings no longer exist, a half century ago the Stoa of Attalos, an ancient „shopping mall“ was reconstructed. Inside, there is a museum of everything that was found in Agora, starting from an ancient ballot-box, dice for games, a baby’s potty, urns of deceased, coins, and finally „ostrakas“ – pieces of broken pottery with name inscriptions, votes for people who were supposed to be expelled from the city.

Beneath the Acropolis, from its northern and eastern slopes, you will enter a bohemian quarter – Plaka. Except for taverns with sirtaki (gyros and tzatziki), this is the place to buy your souvenirs, T-shirts, or perhaps a rather cheap but a good quality hand-made leather sandals with a long strips, typical footwear of ancient Greeks.

Between the alleys with taverns and souvenir shops, there is a Roman Agora, the centre of the city during the ancient Roman occupation of Athens (from 2nd c. BC), with the remains of Hadrian’s Library and fascinating Tower of the Winds – a place where they used to measure a time by the amount of water that ran from a spring (from the Acropolis Hill).

Not far from there, next to the Vironos alley, named after the British poet Lord Byron – a great admirer of the ancient Greek civilization and a supporter of independence of Turkish rule, settled the Monument of Lysicrates, one of the first  public monuments in the world (4th c. BC).

At the end of the 18th century, when the British ambassador to the Ottoman Empire, Lord Elgin, requested a permission from Turkish authorities to pick up the scattered pieces of columns and relief decoration of the Parthenon from the Acropolis, no one could guess that a fewyears later, his collection would be sold the newly established British Museum, in London. Even today, there isa silent war between the British and Greek governments, where the former claims to have bought and fairly paid for the objects in the museum a long ago, and the latter tries to return to their country the taken cultural heritage.

For years, the main advantage against returning the “Elgin Marbles” (as the collection is called), was the fact that the old Acropolis museum is small and without adequate conditions for keeping such a historical treasure. For this reason, the new, modern museum was built and opened in 2009 – right next to the Acropolis. Entirely made of glass, with a large exhibition space on three levels, the top floor of the museum is set tothe original Parthenon frieze, or more precisely – slightly more than its one-third. The remaining parts are left empty, as a sort of notice to visitors thatless than two-thirds of the strips/relievesare still in the British Museum.

Apart from the Parthenon frieze, in the New Acropolis Museum you can see variousArchaic statues (“kouros” and “korai”), original Caryatides, remnantsof pottery, jewelry, and other everyday objects that have been found on the Acropolis.

Although it may sound weird tosomeone that a cemetery could be one of a tourist attraction, in this case it is whatit is. However, it is not a “regular” cemetery, but the ancient one – from the 5thand 4th century BC. Tombstoneswith interesting relieves depicting the life and desires of the ancient Athenians, their professions and family members, as well as decorativeceramic urns (lekithos) at the museum near by, will introduceyou to anotherworld where, once upon a time, death had a different meaning.

On the east from the Kerameikos Archaeological Site, on the way to the centre, you will pass through a part of the citynamed Monastiraki. Antique shops of forgotten crafts, brass coffee pots and bells, a chess figure or shadow puppet theatre Karagoz, andpieces of coconut on small stalls, as in the East, may give you an idea ofbuying some less usualsouvenirs of Greece.

The first ancient Olympic Games were created a few hundred kilometers southwest of the present capital, in Olympia, in the 8th c. BC, and the first modern – in Athens, thanks tothe French historian Baron Pierre de Coubertin, who invested his money and reputation in the birth of the idea of Olympism at the end of the 19th century. He was the one who founded the International Olympic Committee and eventually succeeded to convince a large segment of the European society and politicians, that the Olympic Games should be revived.

For this purpose, near the centre, on the remains of the ancient Panathenaic (“all-Athenian”) stadium, the new one of the same name was built. In 1896, it was the host of the first modern Olympic Games. The only marble stadiumin the world was used during the Olympic Games in Athens in 2004, for the finish of marathon race. In addition to sporting events, the stadium has been also used for holding rock concerts and those of classical music.

6) Hellenic Parliament and Syntagma Metro Station
The central Athenian metro station – Syntagma, is located on the square with the same name, right under the Parliament building (the old royal palace). After photographing the guards (Evzoni) dressed in interesting costumes, descend into the underground to see what archaeologists found when the metro station was built. Everything was left in the place where it was found, only the glass window was installed as a protection. The remains of tombs, pottery and ceramic water pipes, are among some of the artifacts that you will see on the way to the subway station platform.

North of the very centre of Athens, stands a large edifice – the most important of Greek national museums. The remains of almost all of the crucial archaeological sites, from all parts of Greece, are located in this place, arranged in separate rooms. From the Cretan (Minoan) culture that was not of the Greek origin, the Cycladic culture – the prehistoric culture of the Greekislands (of the same name), the oldest Doric – Mycenaeanculture (e.g “Agamemnon’s” death mask and cupsof Vafi), through the Greco–Persian and Peloponnesianwars, Sparta and Athens, to the Roman occupation, in this museum you willsee some of the most important exhibits of the history of the ancient Greece.

Northeast of the city, if you go on foot or by underground funicular, in a few minutes you will find yourself at the top of the Lycabettus hill. In addition to a little church and a restaurant, the most common reason for going to the top is a famous view to the southwest of Athens – a panorama that you have to experience. In front of you, in a plain view you can see not only the centre of the entire city (e.g. Acropolis on the hill), but also the Port of Piraeus, in the distance. For the best photos, come in the morning, when the sun is in the east.

Once an inhabited island near Athens, during the 5th c. BC earth filling and wall construction made Piraeus a part of a town, and its port. One of the largest ports in this part of the Mediterranean, as far as passenger and cargo transport are concerned, has experienced popularity with a famous Greek movie „Children of Piraeus“ („Ta pedia tou Piraia“) and its song „Never on Sunday“, sang by Melina Mercouri. You’ve probably heard and maybe hummed the song which won the Academy Award for Best Original Song back in 1960, at least once, while traveling through Greece.

Even if you do not intend to go to one of the Greek islands by ferry, in Piraeusyou will need to get at least two or three hours. Sit on the shore and watch thecomings and goings of ships, loading and unloading of people and cars, and evenbriefly feel andsmell the harbour atmosphere.

According to an ancient legend, more than two and a half thousand years ago, wrongly interpreting black sails aboard a ship of his son Theseus, the more saddened king of Athens, Aegeus threw himself from the cliff in a big blue (so the sea was named after him – Aegean). Near the spot from which this happened, there are the remains of the Temple of Poseidon, dating from the 5th c BC. Although not of particular importance, many Greeks consider this place as one of the most romantic in Athens and around, as for sitting on the cape and looking through the pillars of the temple, one of the most beautiful sunsets in the world can be seen.

Perhaps the popularity of this benefited from the fact that in one part of the temple, an engraved signature in marble was found, assumed to belong to the greatest English romantic poet, Lord Byron. In his poem „The Islets of Greece“, in the three short verses full of emotion, he described Cape Sounion.